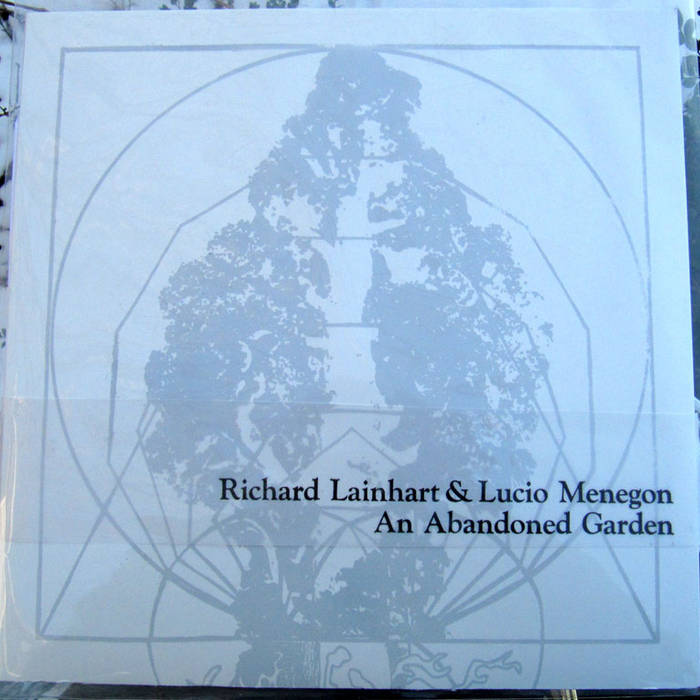 An Abandoned Garden is a full length LP compiled from recordings made by Richard Lainhart (Buchla 200e & Hakkan Continuum) and Lucio Menegon (lapsteel/processing) in New York during the spring of 2011.

Richard Lainhart passed away on December 30, 2011 and is remembered as an award-winning composer, performer, filmmaker, and teacher based in New York. Richard's work is regarded as seminal in American electronic music and his compositions have been performed worldwide. Lucio Menegon is an NYC composer and guitarist who performs throughout the United States and abroad. Lucio and Richard performed together in 2010 and afterword initiated a series of three full recording sessions that became An Abandoned Garden, an in-depth yet minimal exploration of emotional spectra through sustained, organic textures and hauntingly beautiful drones and evolving timbres.